In Part One earlier this week, I attempted to devise a model to predict last season’s NCHC standings, using puck possession (shots) and bounces (shot and save percentage) as the input variables. Not only did the formula reasonably predict the regular-season standings, but it appeared to express a strong fit to the data. Once again, that model is:

However, I only have one season of NCHC data to work with. It’s possible this is an anomaly, or it’s possible I fashioned a model to fit the standings that we already knew. What I really need is another couple of data sets (aka a few more NCHC seasons) to test this exact model. I don’t have that for the NCHC because there has only been one season so far, but I have something close.

Six of the eight NCHC teams played at least three seasons in the WHCA, so I applied this framework to those three previous seasons, building a regression model that considers all three seasons at once to get a model that is significant beyond the .0001 level. The results:

END_OF_DOCUMENT_TOKEN_TO_BE_REPLACED

It’s that time of year when NCAA hockey writers are prognosticating about the upcoming season. Naturally, NCHC fans are all abuzz about their 2015 NCHC prediction. I’m not a hockey writer, but I do enjoy the advanced analytics that are swiftly entering the hockey universe. I also love NCHC hockey.

It’s difficult to do any fancy stat work for NCAA hockey (mostly because of a lack of data), but on a team level, there’s enough to work with. Therefore, I’m going to attempt to make an NCHC prediction that’s based purely the numbers (aka the actual expected performances of the teams) instead of qualitative assessment.

(Also I’m going to rely on my wife Taylor, a PhD student who is much more skilled with statistics and regression than I ever will be. While I had an ok handle on the theoretical framework, I was coming up with some pretty wacky-but-reliable models, and she destroyed them and found models that were both statistically sound and even better fits than mine, so I owe this whole thing to her.)

The first step in this process will be to design the simplest-possible model that accurately predicts last year’s NCHC final standings. What a season, right? Miami, picked by writers to win the league, finished dead last. UNO, picked last, finished third. Denver, who finished sixth in the league, won the conference tournament! Surprise!

But were these results all that surprising? Let’s find out, and let’s use some actual, publicly available game data to do so.

END_OF_DOCUMENT_TOKEN_TO_BE_REPLACED

I suppose I’m a little late to comment on the Ferguson mess. I am so far removed from the issues and parties involved that I probably shouldn’t comment on it, so I won’t… too much. However, the way those few weeks played out might have damaged that community and its relationship with law enforcement permanently. What were those cops thinking? What kind of message do armored vehicles and military-grade assault rifles send?

I bring this up because as Ferguson was igniting, I had just finished reading David M. Kennedy’s Don’t Shoot: One Man, A Street Fellowship, and the End of Violence in Inner-City America

. Again, I know very little about this area, which is probably why Kennedy’s words seemed so profound. The killing of an unarmed teen by a police office in Ferguson and the violent crime spikes among inner-city youth in Boston are totally different issues, but the roots of the tension are the same.

Kennedy, is a passionate, pragmatic consultant, and it comes out in his writing style. Academics or political correctness aren’t his concerns in this book – his concern is what works. And he’s very sure he knows, because he’s been there and he’s done it.

END_OF_DOCUMENT_TOKEN_TO_BE_REPLACED

Earlier this spring, I came across this article about the emerging field of hockey analytics. I don’t follow the NHL terribly closely, but I’m a huge college hockey fan. The NCAA season was coming to an end, but rather than be bummed that it was almost over, I immediately was intrigued and excited that this kind of analysis might be applied to college hockey.

But I couldn’t find any fancy stats relative to college hockey. No worries, I figured, I’ll just learn the NHL methods and do it myself. So I started to read all the articles and papers I could find, subscribed to a few stats blogs, and burned through a copy of Rob Vollman’s Hockey Abstract 2014

, which just came out in July. I like analytics, and I love hockey. Piece of cake, right?

Well, it’s not that easy.

NHL advanced stats are truly coming of age. Like baseball almost thirty years ago, the hobbyists and amateurs are now proving their legitimacy as NHL teams start hiring statisticians and number crunchers in the quest for the Stanley Cup. The stats being developed are confirming common wisdom about the game, and giving us new ways to look at player talent, usage and potential. Suddenly even media and fans are asking about Corsi and PDO. Pretty soon every pro team will have a Director of Analytics, or they’ll be permanent division cellar dwellers.

At the college level? Not so much. Individual schools are tracking and calculating their own stats, but nothing is happening on an amateur level. Why? There’s one big difference between the NHL and NCAA when it comes to statistics. It’s not the actual analytic tools – all the calculations and formulas would translate well to the college game. It’s the data.

END_OF_DOCUMENT_TOKEN_TO_BE_REPLACED 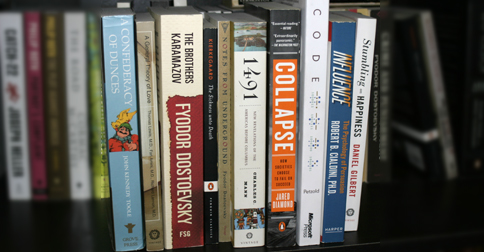 I received this challenge on Facebook earlier in the week:

In your status, list 10 books that have stayed with you in some way. Don’t take more than a few minutes and do not think too hard. They do not have to be the “right” books or great works of literature, just ones that have affected you in some way. Tag at least 10 friends, including me, so I can see your list.

Not fair, really. My initial list had about 20 books. But, per the rules, I shortened it down (with one minor cheat). So here are my ten books, in no particular order:

I  artificially limited myself to ten works of fiction and ten works of nonfiction (even though I am reading almost exclusively nonfiction these days). Also, it’s been a few years since I’ve read most of these, so they may not strike me the same way if I reread them today. But I do remember being “affected” on first read.

So, there you go.

Taylor and I are addicted to succulents. Our tiny porch hardly has room to sit anymore. Some of our interesting little plants have grown into legitimate monsters. Look at the growth in our “cactus farm” from April to September: 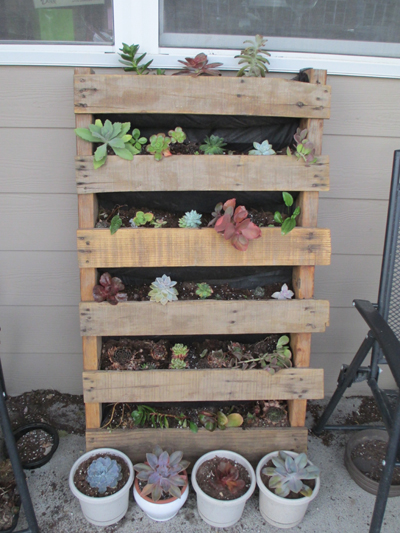 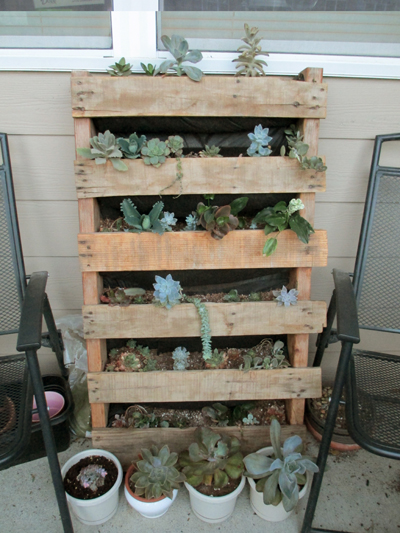 This wall is an old pallet we stole and turned into a vertical farm. The plants really seemed to like this one! Check out the burro’s tail about halfway up. The sempervivums on the bottom two rows went from dead to taking over. And the four potted plants are officially out of control. 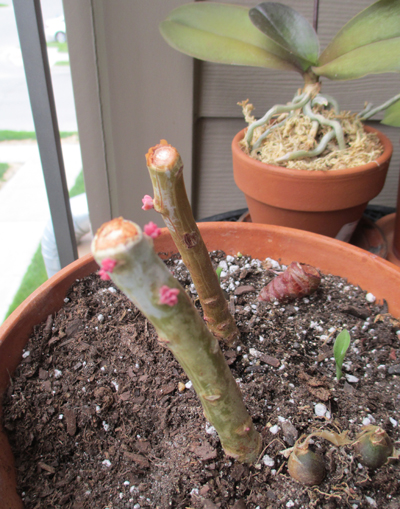 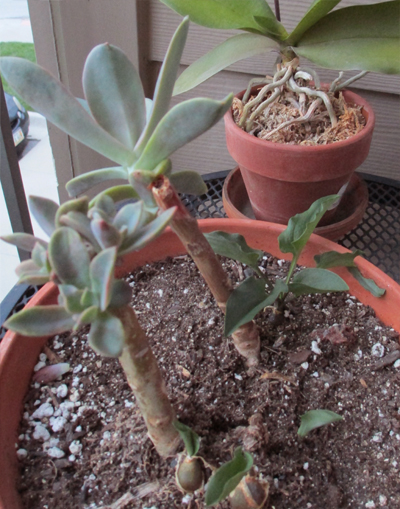 These two stumps were plants that got to tall and we had to behead. However, we kept the stumps and new rosettes sprouted. After four months, they’ve pretty much fully recovered.

More comparisons after the jump!

END_OF_DOCUMENT_TOKEN_TO_BE_REPLACED 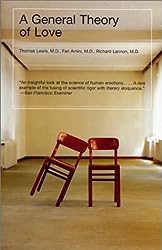 ” by Thomas Lewis, Fari Amini and Richard Lannon. It’s one of those paradigm-shifting arguments, the kind that forever alters your perception of the world. That’s not hyperbole for me. I really love this book. I found it in grad school while studying for a seminar on evolutionary political cognition (an unrelated yet fascinating topic I might write about later). My wife read it, too, and had the same reaction. In fact, we liked the book so much we incorporated passages of it into our wedding ceremony.

Believe it or not, it’s not an overly romantic book, as the title might suggest. The authors are three MDs, so their findings are research-based and representative of cutting-edge findings in the field of cognitive sciences. The “general theory” builds from the cognitive phenomena that allow us to feel and emote, demonstrating that we’re not as far removed from the other mammals on earth as we like to believe, and we have not conquered our passions and need for socialization as much as our cultural narrative assumes.

Central to our being is the hypothalamus, the area of the brain responsible for our emotions, connection and socialization. It is above – both literally and figuratively – the reptilian brain, which regulates our basic survival mechanisms like heartbeat, breathing and fight or flight responses. It also sits below our neocortex, the area associated with pattern recognition, speech, language, and most of our higher cognitive processing abilities that make us human. All mammals have some version of a hypothalamus – without it, female elephants wouldn’t protect their children or the children of their relatives, bats wouldn’t punish other bats who don’t share the food they’ve gathered, wolves wouldn’t hunt in packs, and male gorillas wouldn’t assert their dominance. Humans do all of this, too, but the main thing that differentiates us from other mammals is we can identify and describe these behaviors (like I’m doing right now) as well as regulate and mandate different behaviors.The thalamus lets us connect with other beings, and lets us act in a way that benefits the collective, sometimes even at the expense of the individual.

So knowing this, then, what is love?