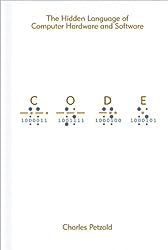 Last year we bought a couple pepper plants at the Farmer’s Market. One was a jalapeño plant, the other produced squat little round peppers called Mexican bells. We had a ton just from those two plants last year, and good lord they were hot. Once I even temporarily blinded myself when I rubbed my eye after cutting a few. I saved some of the seeds, and this February, I planted them in some starter planters to get a jump.

As it turned out, more of them took root than I anticipated, and I ended up with over two dozen jalapeño and Mexi-bell pepper sproutlings. We planted four on our porch, gave about a half dozen away, and threw the rest into a patch in my mother-in-law’s back yard.

You can see where this is going. I think we produced nearly 100 jalapeños and Mexican peppers this year. That, I guess, can be expected with so many plants and so much rain. However, I did not expect two things this year:

First, the peppers weren’t as hot, and I’m not entirely sure why. The jalapeños were on fire as usual, and more than once I cooked them on the stove top this summer and inadvertently weaponized the air in our kitchen. But for the some reason the Mexican peppers were mild and almost palatable.

Second, what I thought was a Mexican bell pepper sproutling turned out to be a hybrid of the bell peppers and the jalapeños. This is apparently easier to do than one would think!

In addition, you might expect it would have some kick, but the hybrid peppers turned out to be the mildest of them all. That porch plant wasn’t the only one, either. Many of the peppers we planted in the yard were also hybrids, so we ended up with jalapeños, Mexi-bells, and what appeared to be some generic red and green peppers.

This year, I saved three sets of seeds – those from jalapeños, those from Mexi-bells, and those from the hybrids. I’ll try planting all three again this spring, and we’ll see what comes up. I might even plant some of the leftover seeds from last year, just to see if I can get a Vintage Summer 2013 mouth-burning jalapeno back again.

Anyway, back to the prolific harvest. We had to get creative this year with our pepper eating. Here’s a list of all the things we have made with our homegrown hot peppers:

It’s basically getting to the point that if my food doesn’t have capsaicin in it, I can’t taste it.

If you’re just tuning in, we’re working toward making a 2015 NCHC prediction. So far, we’ve developed a model that explains the primary inputs into how teams earn points. Then, we tested the model on previous seasons and other leagues. Everything is holding up, and we have a good idea of the strengths and weaknesses of the model. Now we get to the truly hard part – generating and estimation of how well we expect teams to perform this year on three measures – shooting percentage, save percentage, and possession time.

I’ve collected individual-level data on all NCHC players from 2013-14, including goals, shots, sh%, sv% and a derived possession-share (individual shots/all shots). Before I got any further, I just want to say: DENVER and COLORADO COLLEGE, GET YOUR ACT TOGETHER. All other schools provide individual-level conference data on goals, shots, blocks, and a host of other measures. CC links to an outside website, and Denver offers one PDF on season data. I really wish the league office would get some standards around this. But I’ll move on.

We’re going to adjust sh%, sv% and possession for each team based on what we know about roster changes, particularly about who is returning and who has left. To do this, I have to make some assumptions about players and teams. I’ll try to keep these as safe as possible: