Last year, I grew some pepper plants from seeds I had saved from 2013. The result was great jalapeno and bell peppers, but also an unexpected hybrid pepper of some sort (seen here). Now I had three breeds of hot peppers, although the hybrid was the mildest of them all. However, I wasn’t sure the hybrid pepper seeds were even going to be viable, so I had to wait until this spring to find out.

I kept seeds from each plant last year, meaning I now have a “library” of pepper seeds – jalapenos and Mexican bells from 2013, and jalapenos/Mexican bells/hybrids from 2014. Seeing how this apartment porch operation was starting to get a tad ridiculous, I figured why not document the entire process?

I started the seeds on March 10: 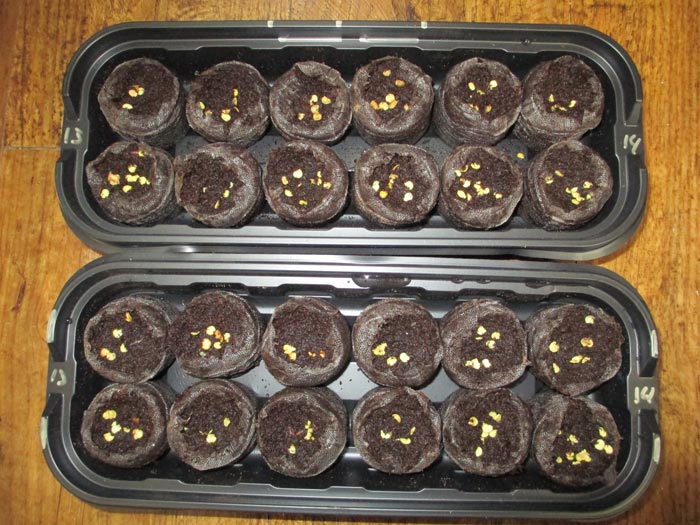 The top planter is the Mexican bells, the bottom is jalapenos. On the left, I planted 2013 vintage pepper plants, and on the left 2014. The exception is the two in the middle of the top row (marked with the silver marker). Those are two hybrid starters. I figured it wouldn’t be a huge loss if I tried two and nothing came up.

But something did come up. Two weeks later, March 23: 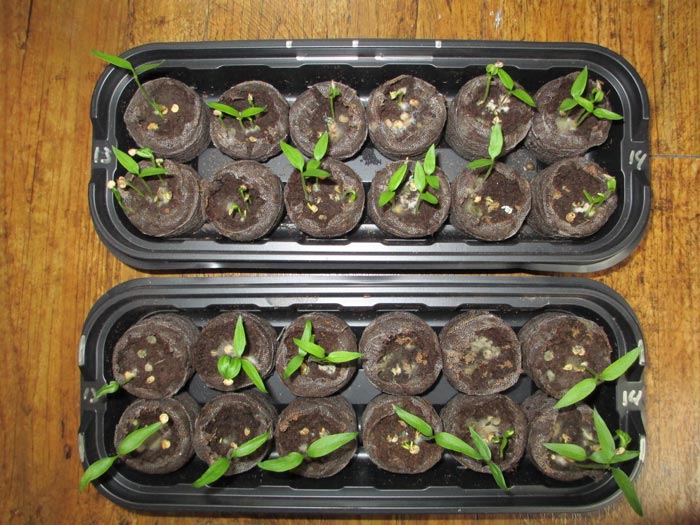 You can see both hybrid starters germinated – so the seeds are indeed viable. Also, it’s notable that the second-generation plants of both kinds look just as strong as 2013. Off to a great start.