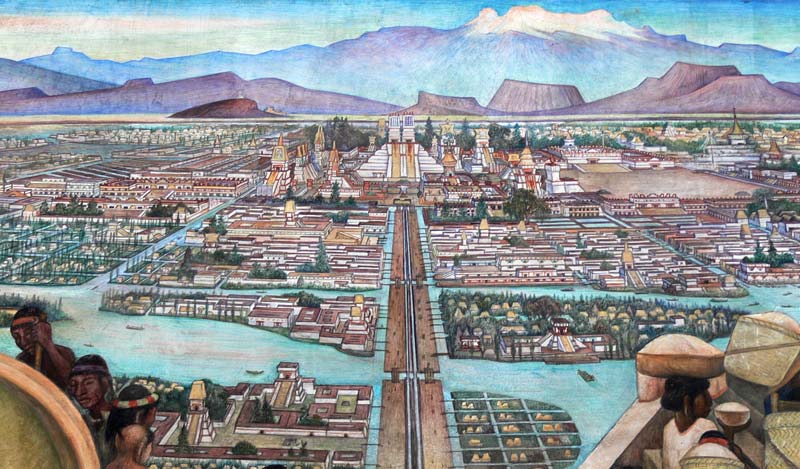 When I was in first grade, I had to create a poster about another country. I chose Mexico, and my poster featured a big photo of an Aztec pyramid near Mexico City. A few years later, in middle school, I convinced my friends to build a model of an Aztec city, complete with a pyramid, for a group project on native American cultures. The mystique of the Aztecs has fascinated me from a young age. Unfortunately my private Catholic, American schooling treated Mexico’s greatest indigenous empire as little more than a speedbump on the road to manifest destiny.

Naturally, I was drawn to Buddy Levy’s “Conquistador: Hernán Cortés, King Montezuma, and the Last Stand of the Aztecs.” Entirely narrative and told chronologically, “Conquistador” follows Cortés through the Valley of Mexico from 1519 through 1521. Spoiler alert – he conquers the Aztecs.

But I won’t spoil anything more, because the astonishing luck Cortés find and the complete misfortune the befalls the Mexica people of the empire – not to mention some of baffling decisions of Montezuma and the valiant resistance of his successors – is a story so unbelievable it couldn’t be anything but true life events, and Levy’s retelling of the story will leap off the pages like an R-rated epic film.

At no point was this more true for me when the Spanish first laid eyes upon Tenochtitlan. The center of the Aztec empire, Tenochtitlan in 1519 was arguably the greatest city in the world. Built in the middle of a massive brackish lake, its planning, architecture, civil engineering and social order were so sophisticated the Spanish nicknamed it “The City of Dreams.” It’s one of those places I wish were still around, because first-hand accounts from Cortés’ expedition read like something out of mythology. In the words of the expedition’s scribe, Bernal Diaz:

Gazing on such wonderful sights, we did not know what to say, or whether what appeared before us was real, for on one side, on the land, there were great cities, and in the lake ever so many more, and the lake itself was crowded with canoes, and in the Causeway were many bridges at intervals, and in front of us stood the great City of Mexico…

Here’s a collection of fun facts I learned from “Conquistador” about Tenochtitlan: