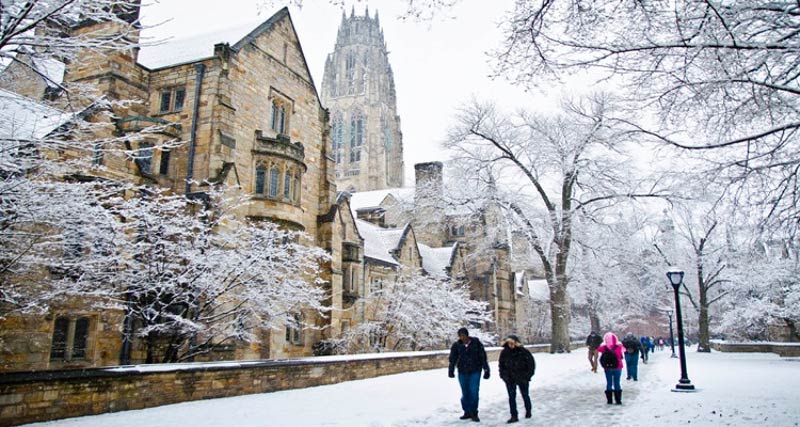 “Education is not preparation for life; education is life itself.” – John Dewey

I’m late to the game on this, but I love Yale’s Open Yale Courses. The university used to post full introductory courses at this site – complete with syllabi, readings, and videos of each lecture of the course. They seem to have stopped updating, but many of the classes are on timeless topics.

I’ve listened to a dozen or so full courses this year, and with each lecture I’ve been learning something new (or relearning something to which I should have paid attention in actual college). So far I’ve made it through:

I’m looking forward to listening to more in the new year, especially Financial Markets, Environmental Politics and Law, Game Theory, and Frontiers and Controversies in Astrophysics. With any luck I’ll listen to them all at some point.

Lots of universities and organizations offer online courses, but I like the OYC site because it offers all lectures for free at any time. You have to register for many other schools’ courses and listen to the sessions on specific dates. But Yale provides a wide variety of topics and allows you to digest at your own speed. I also like that I can listen to the lectures in the background while I do something else productive. Hooray multitasking!

END_OF_DOCUMENT_TOKEN_TO_BE_REPLACED 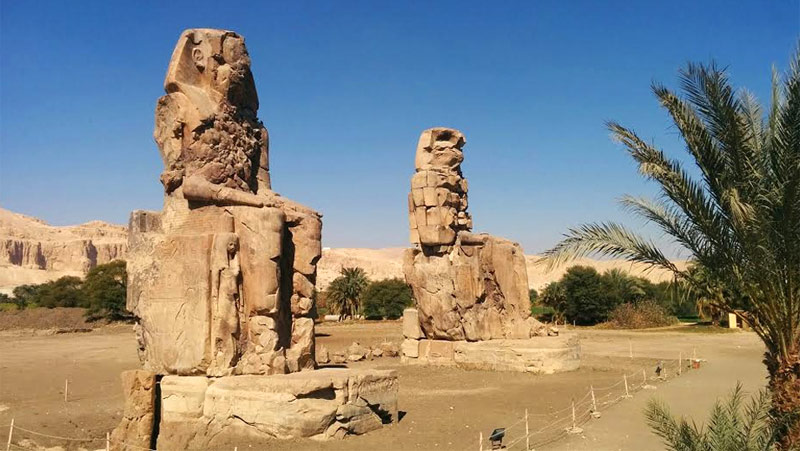 Picture yourself as a tourist visiting the Collosi of Memnon (above) near the city of Luxor in Egypt. The two statues of Pharaoh Amenhotep III tower above you, but lacking their original glory. Wind and sand have weathered the monuments for centuries, and other visitors have carved graffiti into the pedestals and chipped away pieces as souvenirs. Channeling Shelley, you ponder how the creators of these behemoths – an ancient, glorious civilization – could have fallen away so dramatically. But they are long gone and you now live in the greatest global world ever to have existed. Having seen enough, you part ways with the statues and being your trek back home to Classical Rome to catch the big gladiator fight at the Colosseum.

Yes, you could have been looking at the ruins of an ancient civilization as a citizen of the Roman Empire. It’s sort of mind-boggling sometime to think about human civilization’s age and the various iterations we’ve already been through. I know I tend to think that the world we live in today is some linear culmination of thinkers, tinkerers, explorers, poets and leaders who have slowly built us to this time. But it’s obviously not that clean and straight-forward. As The Guardian argued recently, “there’s no such thing as Western Civilization.” That is, our conception of “the west” as shorthand for everything good, just and advanced about the world just doesn’t hold water. While Europe was wandering around in the Dark Ages, librarians in the Middle East served as the curators of Greek though and Andalusian thinkers developed advanced mathematics. We as “the west” lay claim to many ideas and advances that aren’t really ours.

We’re also not especially sophisticated or original when it comes to trade, international relations and globalization, either. David Cline makes this point in his book “1177 B.C.: The Year Civilization Collapsed.” This book describes the known Bronze-Age world of 3,000 years ago, and it bears many similarities to the world we know today. In the Eastern Mediterranean, the Egyptians, Hittites, Assyrians, Minoans, Mycenaeans and others built and occupied great empires that we now know were intricately intertwined. Heads of state kept in frequent contact, merchants traded freely among well-established routes, and all corners of the world benefited from sharing ideas, goods and labor. Then, right around the 12th century B.C., all of these civilizations declined at once. What happened?