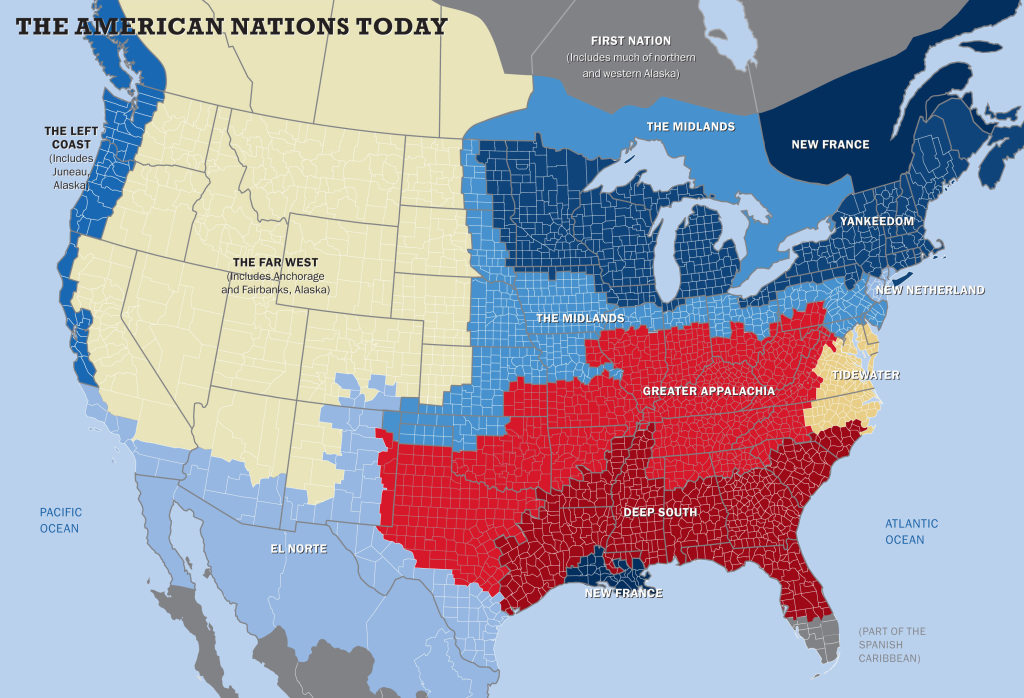 This Thanksgiving, we celebrate that one time when the Pilgrims got together with the Native Americans to have turkey, fill cornucopias, exchange handshakes and celebrate the American values of gratitude, cooperation and generosity upon which this country was founded. 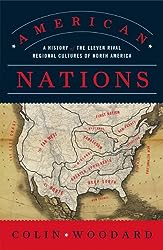 We often look at other countries and break them down by their demographic, societal and cultural elements – India, China, the UK, Iraq, etc. But we rarely do so for the US, even though it spans across an entire continent and has over 320 million people. I think that’s because of the “melting pot” mythology. It’s true this is a nation of immigrants and most of the European settlers from the 17th, 18th and 19th centuries were able to fully assimilate. But they all became “American” in different ways and different places. The cultures, traditions and belief systems they brought with them never fully went away.

, an argument by author and historian Colin Woodard. There have been other re-examinations of American history, and they differ on how to organize the cultures that came here from Europe and now make up the United States. But they all agree that it’s not one culture, one purpose, one big happy family. And they don’t teach you that in elementary school.

Woodard drives home the idea that the United States is just that – united states with a loose agreement to band together. American history is meaningless without understanding English history of the 1600s and 1700s that brought it about. The United State is one geopolitical entity, but it’s comprised of many nations, as Woodard argues, and they don’t always agree. Quite often, in fact, they inhabit very different worlds. Here’s how America really came to be, through the very shaky pact of 11 nations founded on competing values and identities:

Woodard has a great condensed version of his thesis if you want to know more about the above. Or you can get the book here

Today, the United States still contains 10 of these competing American Nations. So what if they did exist as their own sovereign countries? Below is a little thought experiment in which I try to stereotypically illustrate what those nations might be like:

Before you leave angry comments, know this: I tried to identify the item in each category that was most representative of the nation. For example, LA is the biggest city in El Norte, but does it really represent its history and culutre? Tucson or El Paso might be a better fit. Same with the Midlands – Philadelphia is the biggest city and would be a shoe-in in the 18th or 19th century, but what about now? Pittsburgh seems to most fully exemplify the industrial, heartland, unassuming, live-and-let-live attitude of the Midlands. Feel free to disagree, though.

Happy Thanksgiving for whatever American Nation you are in!

American Nations: A History of the Eleven Rival Regional Cultures of North America