In June of 1831, Charles Darwin arrived in a small archipelago off the coast of Ecuador looking forward to taking some geologic samples and confirming the emerging theories on plate tectonics. When he left, he had collected hundreds of flora and fauna samples; observed strange and wondrous animals such as the giant tortoise, the marine iguana and the blue-footed booby; and had noticed the peculiar, subtle differences between species of animal from island to island. What would follow would literally change scientific knowledge and cement Darwin as one of the greatest minds the world has ever known.

In June of 2016, Taylor and I arrived in that same archipelago, and said, “Holy crap! We’re in the mother-flippin’ Galapagos Islands!”

Ok, so maybe we weren’t as ambitious as Darwin, but we still found ourselves in one of the world’s most unique and storied locations. Galapagos still inspires as a pristine paradise with dramatic implications for science, ecology and the way we think. And it’s beautiful to boot. However, few visit Galapagos because it had a reputation of being remote and inaccessible.

I’m here to tell you it’s accessible, and it’s not as difficult to see as you might think.

There are two ways to see the islands and its treasures. Most people see Galapagos via cruise. You can make brief stops at multiple islands and truly see a large portion of the archipelago. Heck, that’s how Darwin saw the islands, and it was inspiring enough to prompt his theory of evolution and The Origin of Species. Tickets for these trips tend to be fairly expensive, though, especially when you still have to factor in airfare. We opted for a less expensive, but still awe-inspiring, route. After all, whether by boat or by land, you’re still in Galapagos. Seemingly every square inch of the islands have something incredible worth seeing. 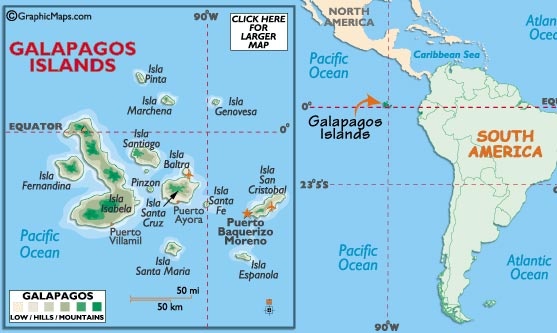 We planned to spend a week in Galapagos, visiting two of the major islands, Santa Cruz and Isabela. The only way to get to Galapagos is by plane, and you have to fly from mainland Ecuador. Our plane from Quito flew into Baltra, an old U.S. air base from World War II. We spent three days staying in Puerto Ayora, the largest settlement in Galapagos, before taking a ferry to Isabela’s tiny Puerto Villamil for four more days. From both towns you can take day trips to a great variety of excursions and sites. I’ve outlined the highlights of our trip below.

The pros of our land-based Galapagos visit? We set our own schedule, we could take our time and enjoy the scenery and wildlife, we got to really explore two great locations, and we saved more than a couple bucks. In both towns, we sought out AirBnb lodging, and it worked beautifully. Our hostel in Puerto Ayora was fairly empty, and our room was nicer than most hotel rooms. When we switched to Puerto Villamil, we stayed in a private extra bedroom/bathroom house. The owners happened to own a tour company, so booking day trips posed no problems for us.

The downsides? Well, we didn’t get to see other major islands or towns, like San Cristobal. We missed some of Galapagos most iconic sites because they’re only accessible by boat. I’m not really complaining though. The wildlife and landscape we did see more than fulfilled our wishes.

You won’t get to see absolutely everything the islands have to offer if you stick to land, but you’ll see a lot. Check out this slideshow I put together of animals we saw in just our week of wandering and taking day trips.

Below I’ve listed some of the amazing trips and attractions you can see on Santa Cruz and Isabela. Check out some of the embedded links for longer write-ups of some of my favorite, including Reserva El Chato Tortoise Ranch, Las Tintoreras, and Sierra Negra. Also, if you’re interested in where to eat while in Ayora or Villamil, check out this post. 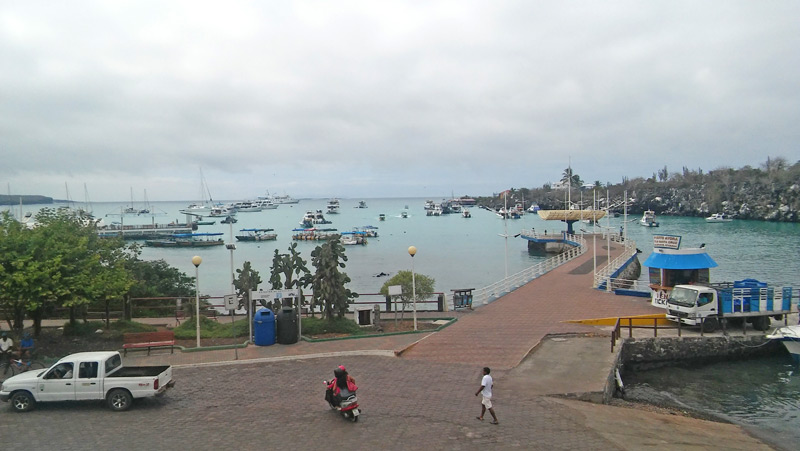 The large island in the middle of the archipelago, Santa Cruz is a low-lying volcano covered in low greenery and bustling with activity on its southern end. One of Galapagos’ main towns, Puerto Ayora, serves as a great host from which to visit dozens of incredible sites. Some of the unparalleled sites we saw on this first phase of our trip include: 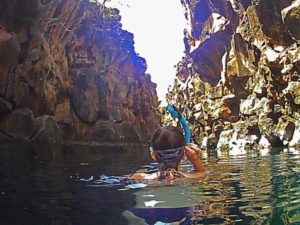 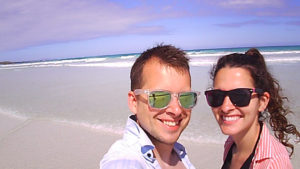 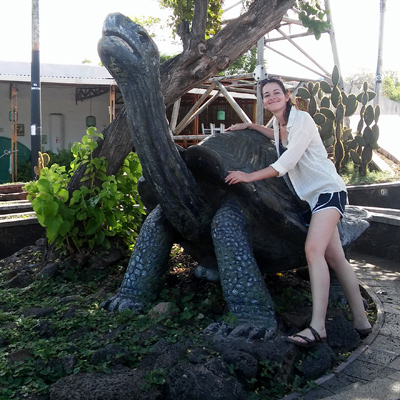 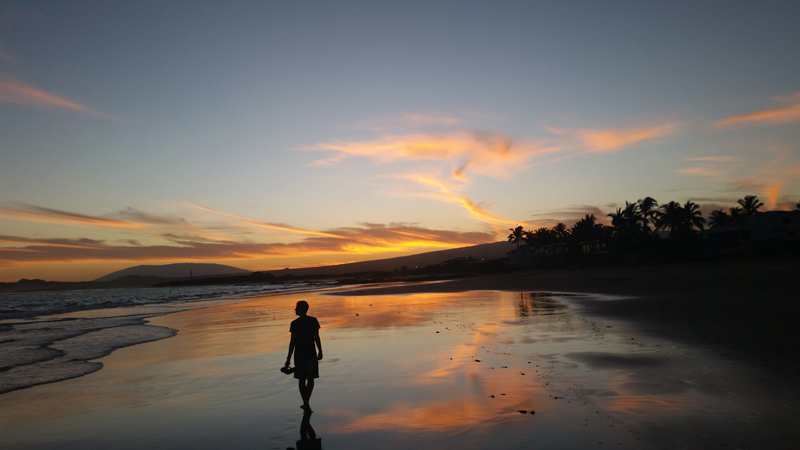 Standing on the beach of Puerto Villamil on Isabela Island, I felt like I was looking at the edge of the earth. One night after dinner, we went out the the water after dark. With nothing between us and Antarctica, we saw the Milky Way for the first time in our lives.

Isabela is the largest of the Galapagos Islands, made up of six active volcanoes waiting for their next eruption. Villamil is the largest settlement there, and there’s hardly anything in it. With a population of a few thousand people, it felt mostly deserted during our visit, but you don’t go for the hoppin’ nightlife. Instead, you go for the hiking, diving, snorkeling and wildlife spotting: 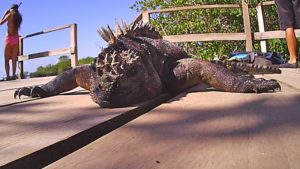 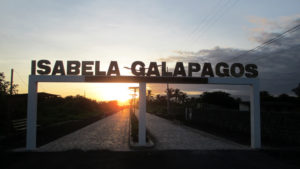 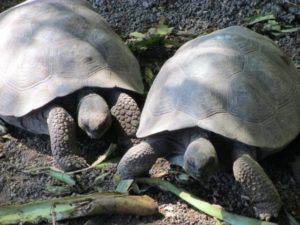 Again, there are all kinds of sites we didn’t see – The Tunnels, Garrapatera Beach, whale-watching, etc. – but I don’t really care. We saw more once-in-a-lifetime sights in seven short days than we’ve seen in our whole lives, and it was worth every moment. Even if you can’t see everything staying on land, what you will see makes it more than worth it.

I’m happy to answer any questions in the comments, or feel free to check out some of out other adventures below!