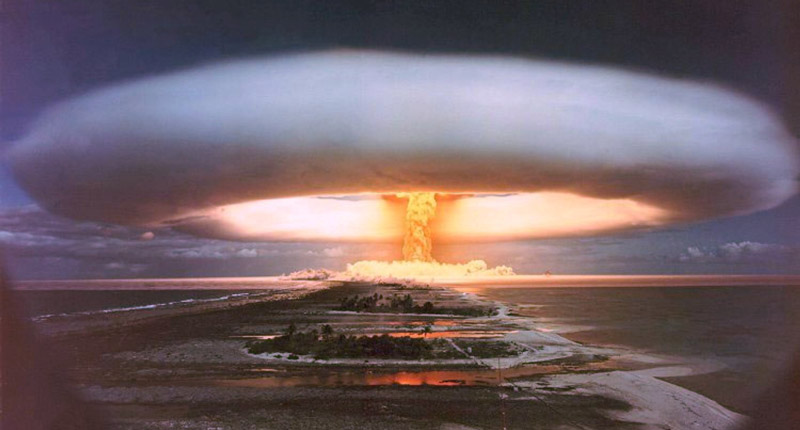 You might be aware that the United States dropped a nuclear weapon on North Carolina. Unintentionally, of course. A B-52 bomber collided with a refueling tanker mid-air, and the plane had to jettison its nuclear payload. Some official reports suggested one of the hydrogen bombs may have been armed. Had it detonated, it would have incinerated most of North Carolina, then dropped radioactive fallout on Washington, D.C. all the way up to Boston. But we’ll never know if it was armed, because the weapon’s nuclear core sank so far into a swamp it was unable to be recovered. It’s still there today.

Of course, maybe you weren’t aware of this. The details of the incident were only declassified in 2013, even though it occurred more than 40 years ago.

It’s one of hundreds of previously undisclosed nuclear “Broken Arrows” that occurred under the watch of US Strategic Air Command (headquartered in good ol’ Omaha, Neb.). These incidents and many more are documented in Eric Schlosser’s “Command and Control: Nuclear Weapons, the Damascus Accident, and the Illusion of Safety

Schlosser’s investigating uncovered a huge list of near-misses with nuclear weapons throughout the Cold War. His narrative is built around another major incident – the explosion of a Titan II long-range missile in rural Arkansas. That blast killed one serviceman and launched a thermonuclear warhead 80 feet into the air before it landed intact in a nearby ditch.

You’d think these incidents would be more well known, but naturally Strategic Air Command was eager to bury details of the reports, in the name of national security and keeping strategic and technical details out of the hands of the Soviet Union. From the book:

Secrecy is essential to the command and control of nuclear weapons. Their technology is the opposite of open-source software. The latest warhead designs can’t be freely shared on the Internet, improved through anonymous collaboration, and productively used without legal constraints. In the years since Congress passed the Atomic Energy Act of 1946, the design specifications of American nuclear weapons have been “born secret.” They are not classified by government officials; they’re classified as soon as they exist. And intense secrecy has long surrounded the proposed uses and deployments of nuclear weapons. It is intended to keep valuable information away from America’s enemies. But an absence of public scrutiny has often made nuclear weapons more dangerous and more likely to cause a disaster.

Again and again, safety problems were hidden not only from the public but also from the officers and enlisted personnel who handled nuclear weapons every day. The strict, compartmentalized secrecy hid safety problems from the scientists and engineers responsible for weapon safety. Through the Freedom of Information Act, I obtained a document that listed the “Accidents and Incidents Involving Nuclear Weapons” from the summer of 1957 until the spring of 1967. It was 245 pages long….

The need to protect national security has long been used as a justification for hiding things to avoid embarrassment. “Secrecy is a form of government regulation,” a Senate commission, headed by Daniel Patrick Moynihan, said in 1997. “What is different with secrecy is that the public cannot know the extent or the content of the regulation.”

But this is all history, right? The Cold War is over? Sure. SAC is defunct, and the threat of nuclear winter has greatly diminished, even if the threat of rogue states with nuclear weapons has increased.

And yet, throughout the book, I felt like much of the story remains the same if you replace “SAC” with “NSA” and “nuclear weapons” with “mass surveillance.” 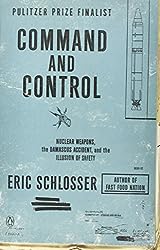 In the same discussion as the passage above, Schlosser cites Langdon Winner’s 1980 essay “Do Artifacts Have Politics.” In this paper, Winner argues that some inventions inherently necessitate a specific political system. “As long as it exists at all,” Winner writes about the bomb, “its lethal properties demand that it be controlled by a centralized, rigidly hierarchical, chain of command closed to all influences that might make its workings unpredictable. The internal social system of the bomb must be authoritarian; there is no other way. The state of affairs stands as a practical necessity independent of any larger political system in which the bomb is embedded.”

Nuclear weapons, created to ensure a future for democracy, ended up breeding one of the most authoritarian command structures of the 20th century in the Strategic Air Command. Now, the Internet, once dreamed as the ultimate democratizing technologies, is used in a way that also seems to breed and possibly necessitate rigid authoritarian control.

Internet surveillance and and metadata collection might not annihilate civilization like H-bombs, but they are nevertheless terrifying weapons with potential for abuse, egregiously or accidentally, especially in the wrong hands. The question is whether our stewards of this technology will prevent abuse or perpetrate it.

I don’t doubt that, at some level, online “mutually assured destruction” exists today, and we would be in real danger if not for the work of our National Security Administration. I don’t doubt that nefarious individuals and states are trying every minute of every day to disrupt and infiltrate American technology infrastructure. I don’t doubt that limited surveillance keeps us safe.

But secrecy is inherently undemocratic, and when an entity operates outside of Constitutional checks and balances – say Strategic Air Command, or the NSA – secrecy becomes its modus operandi. Frankly, had many of the NSA metadata collection programs been disclosed and discussed openly, instead of concealed and denied even after exposure, the American public would probably have been more accepting, proper limits could have been set, and we might all have been better off. Schlosser again:

The operational details of nuclear weapons might seem like the kind of information that should always be kept secret. And yet throughout the Cold war, news reports about Broken Arrows and other nuclear weapons problems forced the Pentagon to adopt new safety measures. Bad publicity influenced the decision to lock hydrogen bombs securely inside bombers during takeoffs and landings, to end SAC’s airborne alerts, retire the Titan II missile, remove Short-Range Attack Missiles from aircraft on ground alert. Too much secrecy often threatened national security far more than revelations about America’s nuclear arsenal.

As Mark Twain said, “History doesn’t repeat itself, but it does rhyme.”

Command and Control: Nuclear Weapons, the Damascus Accident, and the Illusion of Safety