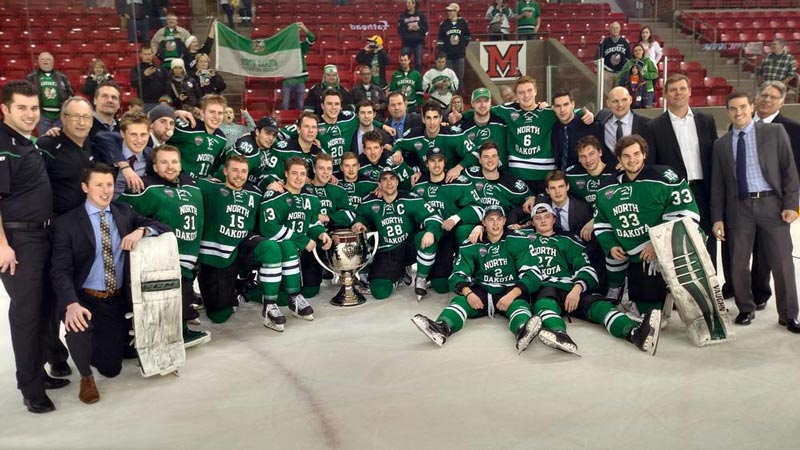 As it turns out – nobody really. The NCHC Writers, SBNation and my model all had 3 of the 4 home ice teams. The writers and I also had North Dakota winning, but I was the only one who didn’t have North Dakota and Miami at #1 and #2. However, my analysis saw UNO’s success coming. Wish the statistics would have seen Miami, too.

So, I’ll give each prediction 1 point for every place each team is off from the final (e.g., my Miami-at-6th prediction would incur 4 points, since they finished 2nd. My UNO-at-2nd incurs 1 point, because they finished 3rd. No points incurred for correctly picking North Dakota to win). The predictions with the lowest total score would be “most accurate.” Therefore, in order of accuracy:

So, there you go. Turns out nobody did particularly well. But that’s what makes the season fun. I’ll write more later about tweaking the predictive model. Another full season of data will improve the accuracy. For now, on to the postseason!